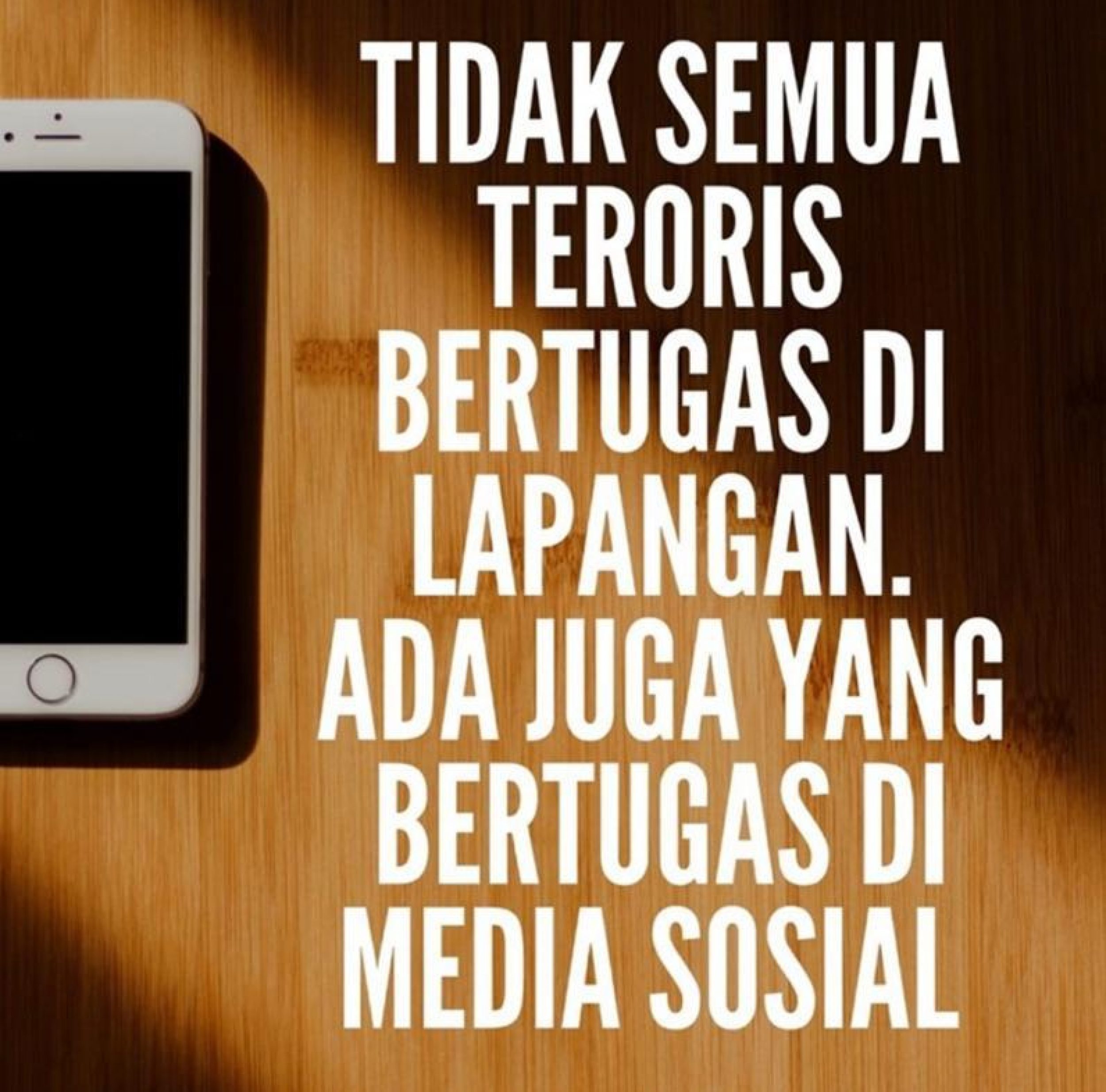 1. T – F The act of hiding or glossing over a crime by concealing, manipulating or manufacturing of evidence is white washing.

2. T – F If the owner of a house going out on weekend, the lights should be off to prevent fire.

3. T – F People are allowed to drive eighty kms per hour if the road is good and the visibility is clear.

4. T – F Police will catch and arrest somebody if he or she looked puzzled during a crowd or a riot.

5. T – F In legal terminology, the place or country in which alleged events from which action arises is known as the jurisdiction.

6. T – F When the police is arrested the suspect, he was trying to find out what he was supposed to do.

7. T – F Almost nobody has recognized Gayus in his silly wig.

8. T – F The police are worried that the man may is armed.

9. T – F She has been charged with the attempted murder of her husband.

10. T – F The crime rate has continued to rise even though the local police department has implemented several new crime prevention programs.

11. T – F Don’t they know how difficult it is to handle such complicated cases?

12. T – F Detachment 88 has been searching a suspicious house since this morning.

14. T – F In making a decision, a police officer must effectively collect and analyze information to arrive at timely and considered decision.

15. T – F Trafficking in person is not an organized crime at all because it has committed individually.

16. T – F A cadet of INP Academy must doing a job training in a police resort.

19. T – F The police have the right to question a suspect at a police station for 24 hours without a warrant.

20. T – F The investigator succeeded in arresting the perpetrators of the attack.

22. T – F Cyber crimes was not going to be a large problem in the future if the government anticipates it effectively.

23. T – F Every police officer is not supposed to act awkwardly in handling subordinates of experienced members in his unit.

24. T – F The police is investigating the attack soon after the people reported it.

25. T – F In handling foreign smugglers, Customs and Immigration Services is not needed since the police have covered their tasks.

26. T – F Some of students are absent due to the seminar in Depok yesterday.

27. T – F “Can you use the riffle?” Senior Superintendent Stephen asked his subordinate.

28. T – F She wanted to sue the journalist whom said something wrong in the newspaper.

29. T – F The chief of INP has ordered his staff to investigate Temanggung unrest comprehensively.

30. T – F There were too many person in the crime scene so the police couldn’t optimally examine it.

31. T – F The bomb squad officers are searching the crime scene when the second bomb exploded.

32. T – F After being graduated from Police Academy, the officer was appointed as the chief of Taman Sari Police Sector.

33. T – F The police had been looking for the criminal for two years before they caught him.

34. T – F The victim has reported the incident to the Police yesterday.

35. T – F The old lady doesn’t recognize the snatcher of her purse.

36. T – F Do the STIK students study Disaster Management in the last semester?

37 T – F Some suspicious persons were approaching the bank as the Police patrol car disappeared.

39. T – F The lady whose husband was robbed two weeks ago is making a police report.

40. T – F The forensic officers are examined the ferry which burnt out yesterday.

42. T – F An arrest warrant should be issued within two days of arresting.

43. T – F “What was you doing when the bomb exploded?” the investigator asked the witness.

46. T – F A lot of unrests in Indonesia occur because the police do not enforcing the law strictly.

47. T – F Corruption is the abuse of power committing by an individual or a group for private gain.

48. T – F A good citizen should not violate traffic regulations in normal circumstances.

49. T – F Tourist police are not necessary since the task/job can be carried out by travel agents.

50. T – F When she heard a strange noise, she got up to find out where it was from.
II. MULTIPLE CHOICE (STRUCTURE AND VOCABULARY)
COMPLETE THE FOLLOWING SENTENCES BY CHOOSING A, B, C, OR D AS THE BEST ANSWER.

52. The police finally______the syndicate of motorcycle theft in this city.
A. comprehended C. provoked
B. considered D. apprehended

56. Agus was unhappy yesterday because he____his police academy entry test.
A. was interested in C. was excited about
B. good at D. was worried about

58. Gayus was ____ after the police tracked him down in Singapore.
A. arrest C. arresting
B. arrested D. to arrest

62. The motive of recent murder is_____the previous one.
A. the same as C. the same that
B. different that D. the different from

64. The_____attacked the owner of the house and disappeared with the expensive painting
A. robbers C. thieves
B. handlers D. lifters

65. All vehicles driving through this wild godforsaken region have been attacked by____
A. trespasses C. bandits
B. burglars D. robbers

72. A public official who charges and prosecutes somebody officially in a court of law is…
A. lawyer C. judge
B. prosecutor D. perpetrator

73. The officer is writing the police report

79. “You may go to the inquiry desk for assistance” said an officer. ‘Assistance’ means:
A. work C. instructions
B. directions D. help

84. A temporary loss of consciousness caused by a blow to the head is

85. To officially take something away from somebody, especially as a punishment is to …..
A. confiscate C. custody
B. convict D. confusion

III. READING COMPREHENSION
Direction: In this section you will read several passages. Each one is followed by a number of questions about it. You are to choose the one best answer, (A), (B), (C) or (D) to each question.

From online child pornography to identity theft, the number of Canadian crimes committed through the Internet increases exponentially each year and according to the organization that governs Canadian police boards, most police departments can’t keep up. On Wednesday, the Canadian Association of Police Boards—a group comprised of civilian police oversight boards from across the country—issued a report listing “cyber crime” as the second most pervasive crime in the nation, after drug trafficking.
Compiled by auditors Deloitte LLP, the report surveyed 587 Canadians and found that 49 per admitting to being a victim of some form of cyber crime. That means an average Canadian is more likely to be a victim of an Internet-related crime than one occurring on the street or in their home.
Cyber crimes can include: computer virus creation or dissemination, theft of personal information online or from a computer, distribution or viewing of child pornography, hacking, and interference with infrastructure such as power and phone grids.
According to the document, titled “Cyber Crime in Canada,” many police forces don’t have technology crime units and those that do are understaffed. “Usually, municipal police departments are the ones who are coordinating cyber crime investigations,” Calgary Police Sgt. Kathy Macdonald explained to CTV in a phone interview. “They do it in pockets where a lot of the expertise is not being shared with the group as a whole,” she said, adding that often, when another agency starts a similar investigation, it is like “starting with square one.”
Another factor preventing the development of more cyber crime units is that chiefs often choose funding priorities that are more visible to their constituents, said Calgary police commissioner, Ian Williams, the president of the national association, in a phone interview with CTV. “We do citizen surveys and we ask people what bugs them the most. It’s usually traffic, breaks and enters, and drug dealing”. “But we know online child exploitation is a big problem. It comes down to society saying ‘do we want to do anything about this?’ It’s unacceptable to not do anything.”
The association is proposing the establishment of the Global Centre for Securing Cyberspace, a dedicated centre that would bring together law enforcement, government, the private sector and academia to coordinate the fight.

86. The best title for the passage is

87. The word “pervasive”, line 6 is closest in meaning to

90. Which of the following is NOT true about cyber crime?
A. It is a complicated crime to solve due to its connection with electronic equipment.
B. It needs great attentions from all parties, the government and private sector.
C. Most of Canadians are more likely to be the victims of Interned-related crimes.
D. Canadian Police has no difficulties in uncovering cyber crimes.

91. What is the purpose of the establishment of the Global Center for Securing Cyberspace?
A. To capture all criminals involved in cyber crimes.
B. To collect evidence related to cyber crimes.
C. To coordinate the fight conducted by law enforcement, government, private sector and academia against cyber crimes.
D. To fight against online child exploitation.

35 Since the end of the twentieth century piracy has returned with a vengeance to the world’s oceans. Nowhere is the scourge more excruciating than in Southeast Asia which accounts for close to half of all reported attacks worldwide and where thousands of people have lost their lives at the hands of pirates during the last few decades.
At least since the dawn of history seafarers passing through Southeast Asia have frequently been attacked by pirates. Numerous accounts from the colonial and pre-colonial periods tell of hideous attacks in which ships were attacked and the crews killed or taken as slaves by the maritime marauders of the region. In the sixteenth century this even led Sir Francis Drake – himself arguably one of the world’s most notorious pirates – to call the Malacca Strait one of the world’s most lawless regions.
Historically, piracy in Southeast Asia has only been suppressed for limited periods of time, most notably during the late colonial era from the end of the nineteenth century until the outbreak of World War II. During this time, the gunboats of Great Britain, the Netherlands, Spain and the United States were relatively efficient in upholding law and order on the sea and piracy declined sharply.
In the aftermath of the war and with decolonization, however, piracy returned to the region, first in the Sulu Sea of the Southern Philippines and then in other parts of Southeast Asia as well, including the Gulf of Thailand, the Malacca and Singapore Straits and in Indonesian waters. So far the navies, police and coast guards of the Southeast Asian nations have only been partly successful in suppressing the problem. Equipped with speedboats, high velocity arms and advanced communication systems the pirates often prove an elusive target for the overstretched law enforcement authorities – some of which, moreover, are riddled by corruption.
The targets of today’s pirates are made up of virtually all kinds of vessels, including oil tankers, general cargo ships, passenger vessels, fishing boats and pleasure yachts. The objectives and methods vary from generally unviolent opportunistic attacks targeting ship’s cash and valuables to well-planned ruthless attacks in which whole crews are butchered and the vessel hijacked along with its cargo. Terrorist attacks by Muslim insurgents in the region have also occurred on several occasions, and hundreds of people have been killed in bombings and shootings targeting passenger vessels.

95. The passage states that the pirates in Southeast Asia
A. have been fully eliminated by the navies of the Southeast Asian nations.
B. have expanded their operation to other seas near Southeast Asia.
C. have been equipped with some sophisticated communication instruments and weapons.
D. have only targeted pleasure cruises and yachts as their victims.

96. According to the passage, how long has piracy returned with a vengeance to the world’s oceans?
A. Almost 8 years.
B. Almost 20 years
C. Almost 20 centuries
D. Almost 21 years

99. What does the word “their” in line 4 refer to?
A. reported attacks
B. the people
C. the hands of pirates
D. the pirates

100. The word ‘historically” in line 13 could be best replaced by which of the following?
A. According to history
B. Depends on history
C. Based on
D. History